The art of persistence | Vanessa & Jeremy

“The art of love is largely the art of persistence.” – Albert Ellis

They say when you meet the woman you are destined to marry, time stands still.  What they don’t tell you is that even though space and time make it clear that she is the one, you are not guaranteed a date.  Jeremy discovered this the hard way on the Saturday night he met Vanessa.  To put it plainly, she was not the slightest bit interested in the young man, but after some arguably annoying persistence from Jeremy, she agreed to exchange numbers.

From their conversation that night, Jeremy learned that Vanessa’s first class began at the same time as his, and her apartment was along the same bus route he took to campus every morning.  It seemed that all the pieces were coming together, so the following day he called to ask if they could meet up on the bus on Monday morning.

Having not even considered this possibility, Jeremy quickly repied, “Um…I do too…I’ll meet you at your place in the morning.”

After hanging up the phone, he then thought to himself, “I need to get a bike.”

Jeremy headed to Play it Again Sports to see if he could get a bike at a reasonable price.  And, he was in luck!  There was a bike the sales person was so eager to get out of the store that he offered it, with a lock included, for only $25!  The only stipulation was that one could not change gears, or sit on the seat.  Worth every penny.

On Monday morning, Jeremy left the house on his “new” bike and rode the one and half miles to Vanessa’s apartment. Jeremy stood the entire trip, peddling hard through the highest gear.  It was no wonder that by the time he reached Vanessa’s apartment, he was panting and his legs were on fire.  He hid these facts from Vanessa as best he could, but as soon as they started off towards campus, Jeremy’s legs were back on fire.

After a block, he reluctantly decided to test the forbidden seat.  Easing himself down, he found that though uncomfortable, the seat held his weight and gave his legs a little rest.  Vanessa continued on her normal route to campus, unaware of the drama unfolding a little ways behind her.

On the final block to campus, they started up a hill, and because of Jeremy’s inability to gear down, he had to pedal harder and harder, using as much force as his exhausted legs could produce to drive his pedals down and his bike forward.  However, too much force may have been used.  All of a sudden, the seat gave out from under him, tilting straight up, sending him sliding off the back to stradde the tire, and then bounce off it again exclaiming, “HOOOOOOAH!”

The sudden scream made Vanessa stop, and as she looked back to inquire about the screech, she noticed something else.  Jeremy pulled up alongside her, and she asked, “Are you crying?”

“No,” came his quick response, “A, uh, bug flew right into my eye.  It surprised me a little is all.”

A few minutes later, they pulled up to the bike rack near Vanessa’s class, and as she walked into the building, Jeremy waddled off to his own class, trying not to think of the tire marks burned between his legs.

“Hopefully,” he thought to himself, “the next date will be better.” 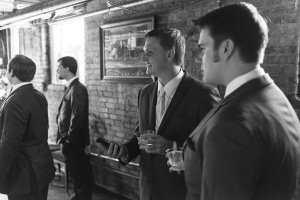 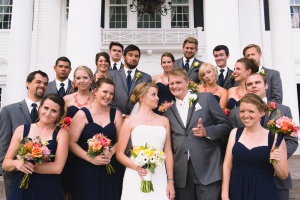 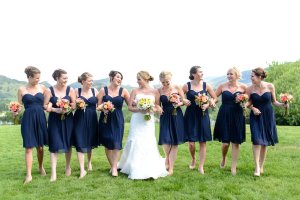 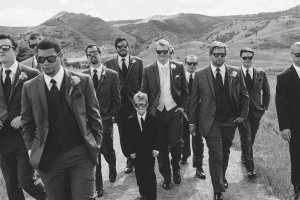 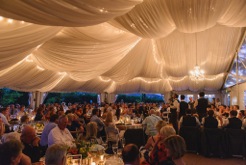 Give us all the moody vibes today 🖤 #firstdayoffall
We might have fall on our minds but these colors in the ballroom have us feeling 😍😍😍 #summersnotover
Lookin’ at the cooler weather that’s on its way like…. 😏 Anyone else?!🙋🏼‍♀️ #goodbyesummer
First dance practice, anyone? 😏 Don’t mind if we do… ✨ #goldenhour
What we see 👉🏻 What your guests see // We may be biased, but summertime cocktail hours around here are just our favorite😍✨ #cocktailhour
Sundays are for quiet moments ✨ (in the other corner of the library😉) #shhh

A Colorado Kind of Love Story